Lead Me In Thy Truth, And Teach Me

May 16, 2022From the Headmaster's Desk-Reflections on Classical Education 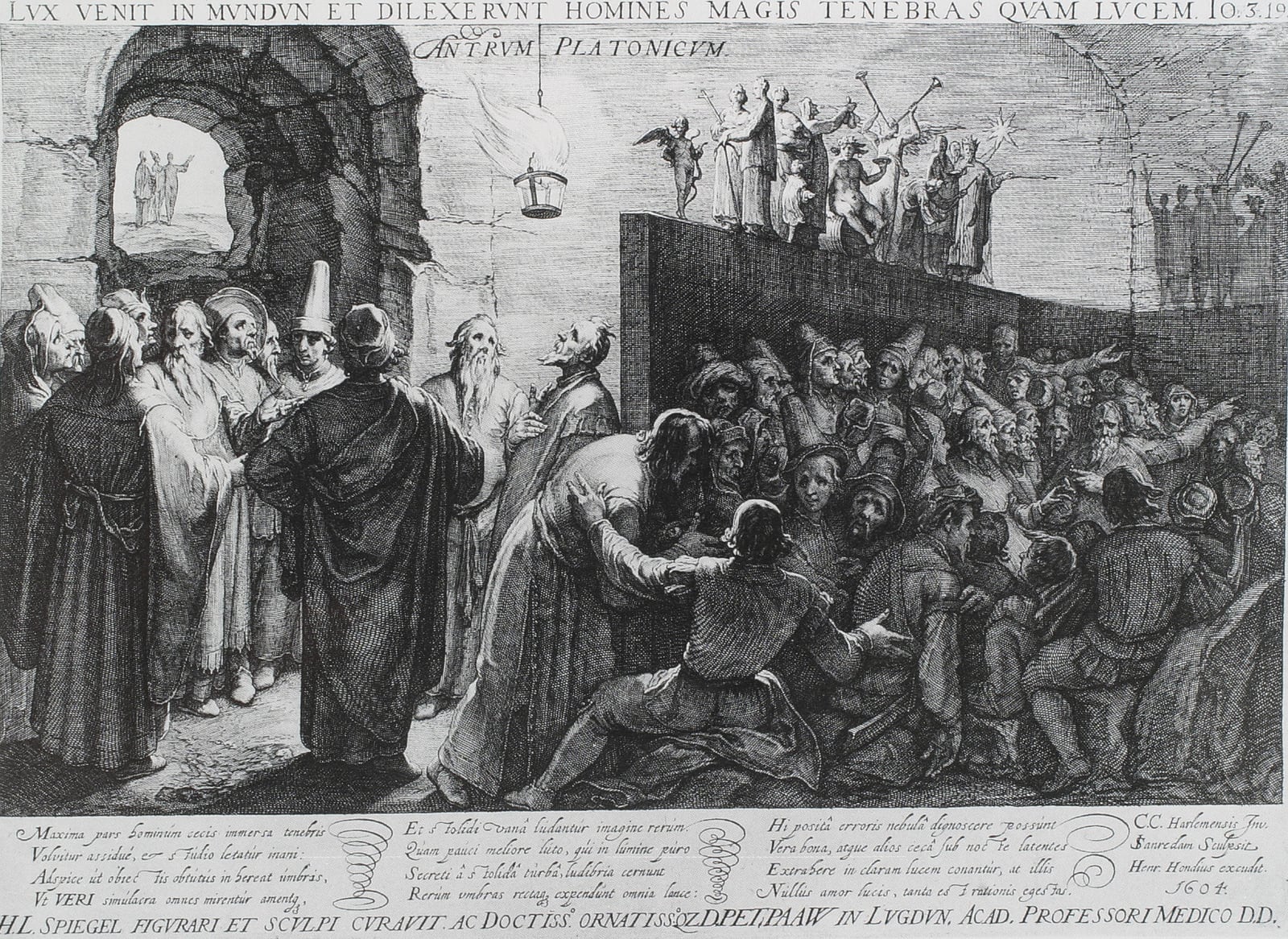 Lead me in Thy truth, and teach me: for Thou art the God of my salvation; on Thee do I wait all the day.

Plato’s Allegory of the Cave from Book VII of the Republic has been a mainstay of discussion for millennia. As a whole, the dialogue wrestles with the definition of justice, what it is and what it is not. Midway through the dialogue, however, Socrates changes course and takes the reader on an allegorical journey about the nature of education, a movement from ignorance to knowledge, from apparent understanding to Truth.

The folks in the cave have been there since childhood. With their arms and necks in bonds (which make them immovable), inhabitants of the cave are only able to face forward and observe images which are illuminated by a fire far above them. These images are produced by what Plato calls the puppet-handlers who project all sorts of artifacts (statues of animals and men made of stone, wood, and other materials) onto the wall in front of them. Those going through the allegory with Plato note how strange the sight is, humans in prison, being fed a steady stream of images chosen by those who are unfettered above them. “They’re like us,” Socrates says, “who mistakenly believe that the images before them are the things themselves.” “Such men,” says Socrates, “would hold that truth is nothing other than the shadows of artificial things.”

The dialogue progresses, and eventually one of the inhabitants of the cave breaks free of the bonds holding him down. He makes his way up a ladder and out of the cave where he is blinded by a bright light that paralyzes him, making him unable to distinguish the things in front of him from the shadows below. As his eyes adjust to the bright light, he sees things at first in a blur, then more clearly. Forcing himself to look at the light itself, his eyes cannot stand it, and he is forced to go back to those things which are clearer to him, to things more knowable in and of themselves. Eventually, however, he is able to behold the light, the sun in all of its beauty and majesty, and for a moment he understands that it is the sun, the light, which illuminates all things. Allegorically, Socrates equates the light with wisdom and Truth. It is Truth which illuminates a thing and makes it what it is in its very being. Without it, things are in darkness, are unknowable, and hence “not the things themselves.”

How does Plato’s Allegory apply to classical education? At Chrysostom Academy, we seek to bring students to know the Truth. Children are born understanding imperfectly. Like those in Plato’s cave, they only understand reality as it is perceived. Through vigorous inquiry, discussion, and hard work, our students will hone their skills, replacing preconceived ideas or improperly-formed judgements with solid, sound wisdom. The Truth immerses them in the light, which at first blinds them, but then becomes more and more revealing.

Our educational journey is one which calls students out of the cave and toward the light, the light of Truth, the Person of Jesus Christ. Christ tells us in the holy Gospels that He is the Way, the Truth and the Life. When we talk about Goodness, Truth, and Beauty, we are talking about a journey toward Christ…He who illuminates the darkness of ignorance, sin, and death; He who makes all things new.